The Penguin Lessons What I Learned From A Remarkable Bird 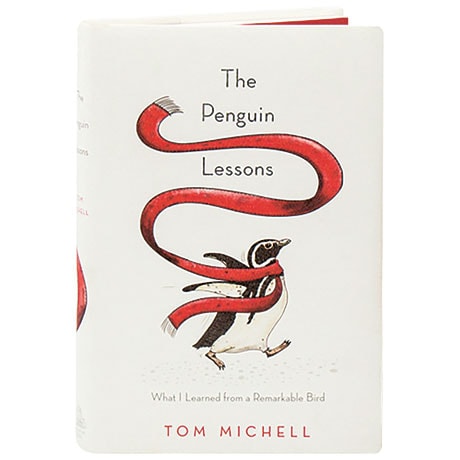 The Penguin Lessons What I Learned From A Remarkable Bird

Decades ago, a 23-year-old Englishman followed his wanderlust to Argentina and became assistant master at a prestigious boarding school. But Tom Michell's adventures really began when, on a weekend in Uruguay, he rescued a penguin covered in oil from an ocean spill, cleaned him up, and attempted to return him to the sea. The penguin, however, had other ideas. "That was the moment at which he became my penguin," says Michell in this witty, absurd, heartwarming memoir, "and whatever the future held, we'd face it together." He names the penguin Juan Salvador—"John Saved"—though as it turns out, it is Juan Salvador who saves Michell, bringing joy to every aspect of his life.