Setting The World On Fire The Brief, Astonishing Life Of St. Catherine Of Siena 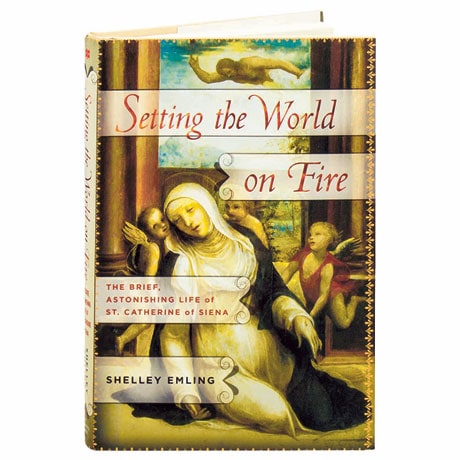 Setting The World On Fire The Brief, Astonishing Life Of St. Catherine Of Siena

How did Catherine of Siena—the second-youngest of a middle-class dyer's 25 children—become one of the most beloved spiritual figures of all time, a theological giant to rank alongside the likes of Thomas Aquinas? Here Shelley Emling delves into the life of this unlikely saint, a frail, illiterate girl who punished herself mercilessly, often starving herself, while offering moral guidance and inspiration to kings, queens, and popes. Emling also chronicles Catherine's efforts to reconcile schisms within Christianity and quell a 1368 uprising in her city, even as she urged the faithful to launch a crusade against Muslims. Militantly refusing to marry and cutting her hair short, the saint is also examined here as a pioneering feminist.