Castle Revised And In Full Color 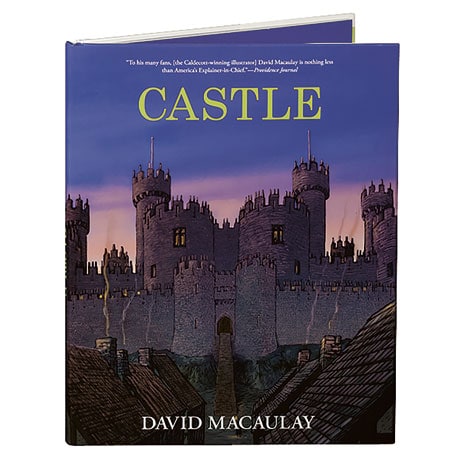 Castle Revised And In Full Color

Following the Caldecott Honor Book Cathedral, City, and Pyramid, the 1977 book Castlewas originally illustrated with David Macaulay's witty, wonderfully detailed black and white drawings. Three decades later, the Caldecott Medalist and Christopher Award winner was asked to colorize Castle for an omnibus edition called Built to Last. Instead, Macaulay was inspired to redraw the entire book in color, replacing many of the original cutaways with dramatic three-dimensional views that reflected his better understanding of how castles were built and used. The color-illustrated version is at last available here as a standalone book, for readers 9 and up.