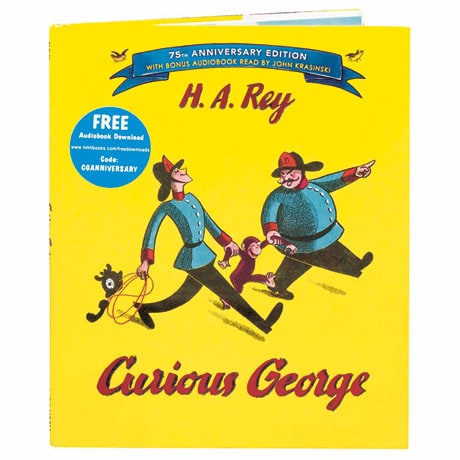 First seen in a cameo appearance in Cecily G. and the Nine Monkeys, the most famous monkey in children's literature is properly introduced in this 75th anniversary edition of the 1941 classic for children up to 7. George is caught in the jungle by a man with a yellow hat and travels by ship to live in big city—though not before falling overboard and getting rescued first. Ever curious, even when trying to do as he's told, George accidentally calls out the fire department, escapes from a jail cell, and flies aloft holding a bunch of balloons. This special edition features red foil and glossy details on the cover and includes a link for an audio download of the tale read by actor John Krasinski.