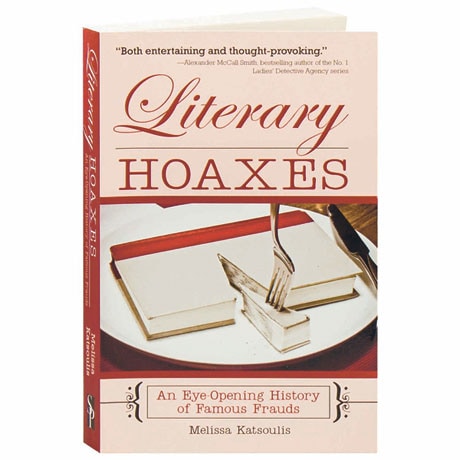 When Dionysus the Renegade faked a Sophocles text in 400 BC to humiliate an academic rival (even inserting the acrostic "Heraclides is ignorant of letters"), he inaugurated more than two millennia of outlandish literary hoaxes, from William Henry Ireland's fake Shakespearean documents to Clifford Irving's "autobiography" of Howard Hughes. But whether hoaxing for fame, money, politics, or simple amusement, argues British journalist Melissa Katsoulis, each perpetrator represents something unique about why we write. Among the 53 cases she discusses are the ever-regurgitated "Protocols of the Elders of Zion," Gerd Heidemann's Hitler diaries, and James Frey's Oprah-fooling memoir A Million Little Pieces.