The Cardinal's Hat: Money, Ambition, and Everyday Life in the Court of a Borgia Prince 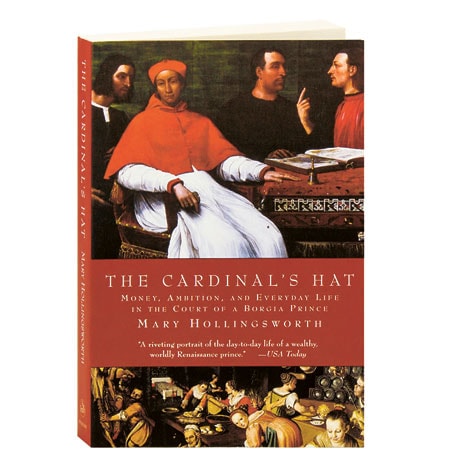 The Cardinal's Hat: Money, Ambition, and Everyday Life in the Court of a Borgia Prince

Ippolito d'Este was spoiled and self-indulgent almost beyond imagination. The second son of Alfonso d'Este and Lucretia Borgia, born in August 1509 in the Italian city of Ferrara, he was fated by the custom of his time and class to enter the church—to the firstborn son went the Este dukedom and all it entailed—but he was scarcely more pious than Old Scratch himself.... It fell to Mary Hollingsworth, a British student of the Renaissance, to 'stumble upon' [Ippolito's] archive during an unplanned stay in Modena.... In the remarkable story of the Borgias and their many offshoots, he is not a footnote but a chapter and, as told in The Cardinal's Hat, an intriguing one indeed.—Washington Post