Traitor to the Crown: The Untold Story of the Popish Plot and the Conspiracy Against Samuel Pepys 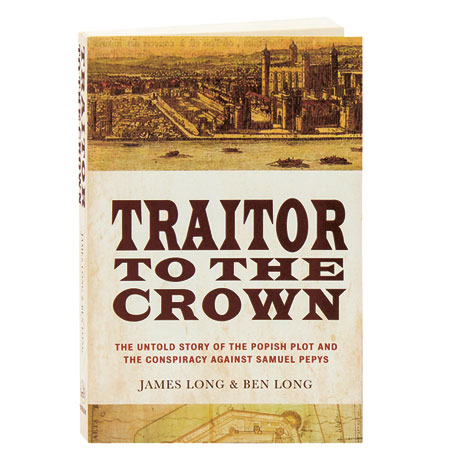 Traitor to the Crown: The Untold Story of the Popish Plot and the Conspiracy Against Samuel Pepys

In 1679, England is awash with suspicions of conspiracy and religious terrorism. Samuel Pepys, Secretary of the Admiralty, finds himself in a position few people then or now would have expected: charged with treason and facing a show trial and execution. Imprisoned in the Tower of London and abandoned by the king he loyally served, Pepys and his allies set to work investigating his mysterious accuser, Colonel John Scott. Part history, part bone-rattling suspense, James Long and Ben Long evoke a turbulent period in England's history and tell the forgotten story of the two most dangerous years in the life of the legendary diarist.