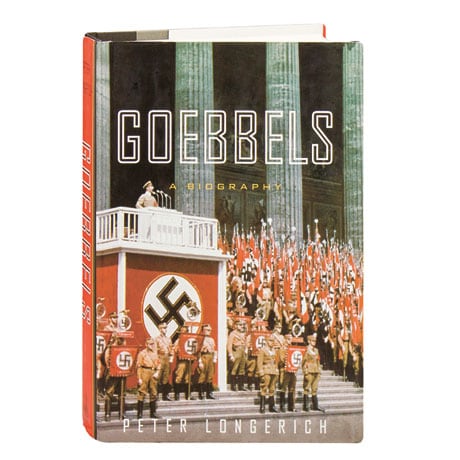 In the final months of World War II, no one in the Berlin bunker was closer to Adolf Hitler than Joseph Goebbels, his devoted Reich minister for public enlightenment and propaganda. But how did this clubfooted son of a factory worker rise from obscurity to become the Führer's most trusted lieutenant and personally anointed successor? Sifting archival materials and Goebbels's voluminous diaries, Peter Longerich paints the portrait of a failed writer who became a gifted orator with dictatorial control over all of German's media. Goebbels' search for a father figure led him to Hitler, suggests Longerich in this biography—named a Book of the Year by London's Telegraph—and his desire for special recognition resulted in power struggles with Hermann Göring and Alfred Rosenberg.