The End of Tsarist Russia: The March to World War I and Revolution 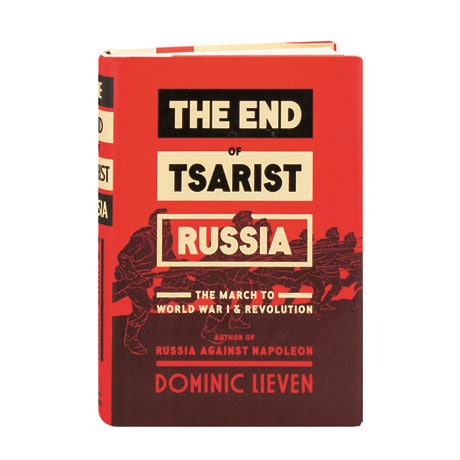 The End of Tsarist Russia: The March to World War I and Revolution

Entering World War I would have been a momentous decision for Russia regardless, but few could have foreseen that it would lead so swiftly to revolution, civil war, and famine, paving the way for decades of communist rule. In this finalist for the Lionel Gelber Prize—selected as a Best Book of the Year by The Economist—the Wolfson Prize-winning author of Russia Against Napoleon offers here a history of the First World War's origins from a Russian perspective and an international history of why the revolution happened. Dominic Lieven also explores how the postwar collapse of Germany and France facilitated the rise of the USSR, and discusses the unique role of the Ukraine during this turbulent transition.

"[Lieven's] intimate familiarity with the Russia he describes and his extensive study of the letters, diaries and books of the chief actors in Russia's descent 'towards the flames'—many not hitherto accessible to historians—are what render this work so authoritative and readable."—New York Times