Frederick the Great: King of Prussia 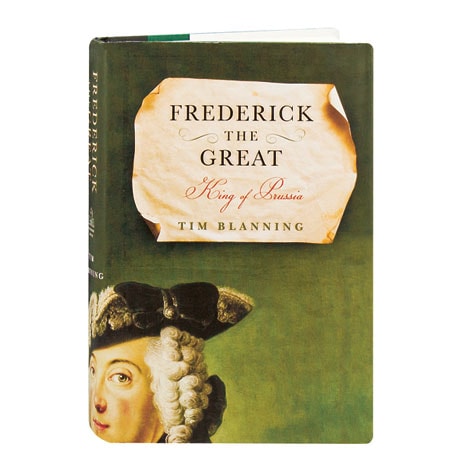 Frederick the Great: King of Prussia

Few figures loom as large in European history as Frederick the Great; when he inherited the Prussian crown in 1740, he ruled over a kingdom of scattered territories, a minor Germanic backwater, but by the end of his reign, the much larger and consolidated Prussia ranked among the continent's great powers. Tim Blanning won the prestigious British Academy Medal for this in-depth 2016 portrait of a king who dominated the political, military, and cultural life of Europe like few others. Delving into Frederick's apparent contradictions, Blanning offers an uncommonly rounded view of a bisexual aesthete who promoted the arts and Enlightenment values, while engaging in bold political maneuvers against Saxony, Bavaria, and the Habsburg Monarchy in an effort to eclipse his father's military record. Blanning, in clear thinking and prose, investigates all aspects of Frederick's personality and reign….

"The last word on this significant king, for years to come."—Booklist (starred review)

"Writing Frederick's biography … requires a diverse set of skills: expertise in 18th-century diplomatic and military history, including the intricacies of the Holy Roman Empire; a familiarity with the music, architecture and intellectual traditions of Northern Europe; and, not least, a profound sense of human psychology, the better to grasp the makeup of this complex and tormented man. Fortunately, Tim Blanning … has all of these skills in abundance."—Wall Street Journal