Marcel Proust in Words and Pictures 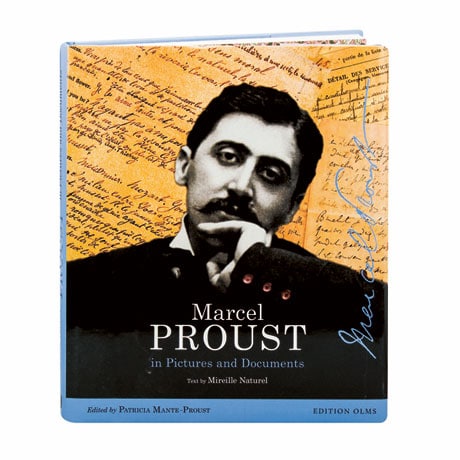 Marcel Proust in Words and Pictures

In the seven-volume novel À la recherche du temps perdu, Marcel Proust recaptured the essence of 19th-century France, with much of it directly inspired by his own life. Looking behind this reclusive writer's façade, this impressive, oversized book includes more than 200 color images of the author and his family and friends, as well as sumptuous photographs of the locales that formed the setting for his masterpiece. The General Secretary of the Society of Friends of Marcel Proust, Mireille Naturel contributes short texts on the places, art, and music that informed the life and art of France's most esteemed novelist, while Proust's great-grand-niece Patricia Monte-Proust served as editor and penned the preface. Most intriguingly, photos of Proust's manuscripts—one of which features his stylish sketches—reveal his painstaking revisions.