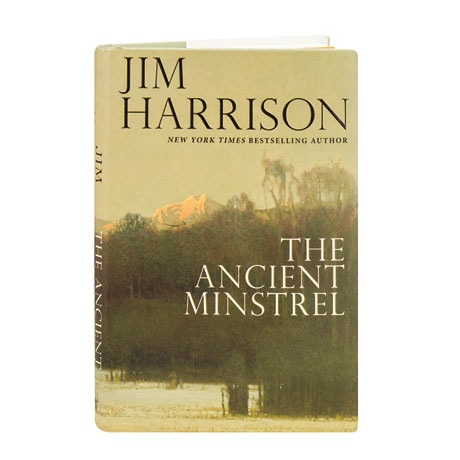 Throughout his career, Jim Harrison has published trios of novellas—most notably Legends of the Fall—and in his final book, he has produced three particularly poignant and entertaining examples of the form. In the title novella, an aging writer spars with his estranged wife and attempts to fulfill his dream of raising pigs, while in Eggs, a woman in mid-20th-century Montana who is hoping to have a baby looks back on a lifetime of chicken farming and reminisces about the London Blitz. Also in this 2016 collection, The Case of the Howling Buddhas features Harrison's recurring character Detective Sunderson (last seen in The Big Seven), officially retired but hired as a private investigator to look into a bizarre cult that achieves satori by communing with howler monkeys at the zoo.

"One of our Grand Old Writers, Harrison has a way with novellas … and these pieces are classic."—Library Journal

"An ascended master of the form returns to the novella…. [Harrison] writes with his customary rough grace and bodhisattva wisdom, whether comically treating sexual improprieties or reflecting deeply on the meaning of life…. Grand entertainments all and a pleasure."—Kirkus Reviews (starred review)