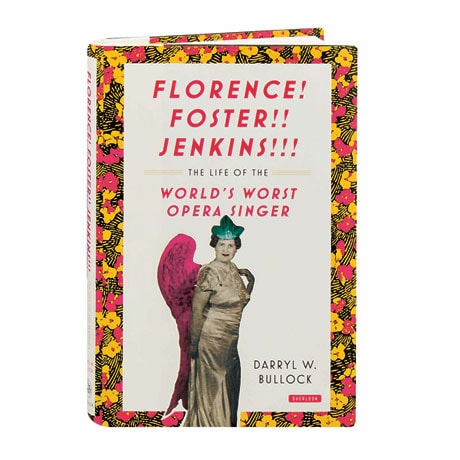 Possessing "probably the most complete and absolute lack of talent ever publicly displayed" (Life), Florence Foster Jenkins couldn't carry a tune in a bucket; despite that, in 1944 at the age of 76, she sang to a packed house at Carnegie Hall and enjoyed celebrity fans like Cole Porter and Tallulah Bankhead. Her infamous 1940s recordings are highly prized, while a cult following that has included Barbra Streisand and David Bowie continues to this day. The author of The World's Worst Records and host of the similarly named blog, Darryl Bullock profiles a woman whose indomitable self-assurance won over audiences no matter how awful her caterwauling became.