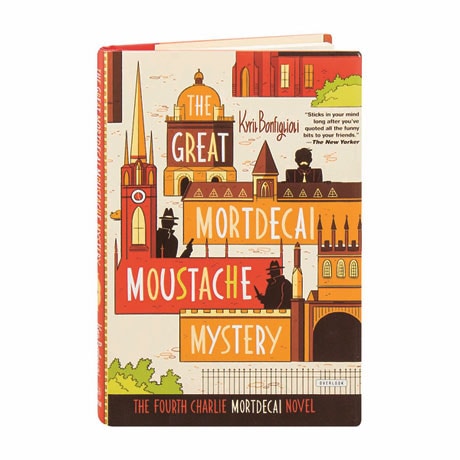 The Hon. Charlie Mortdecai is invited to Oxford to investigate the cruel and unusual case of a lady don who was flattened by an omnibus. Though her end appears accidental, one or two things don't add up—for example, the two pairs of thugs who'd been following her just before her death. With more spies than you could shoehorn into a stretch limo and the solving of the odd murder along the way, this posthumously published fourth book in Kyril Bonfiglioli's so-called Mortdecai trilogy (not counting a previous "fourth" by the author that was actually a historical novel about Charlie's ancestor) was completed by Craig Brown in 1999. A degenerate aristocrat, amoral art dealer, seasoned epicurean, unwilling assassin, and acknowledged coward, the Honorable Charlie Mortdecai is the singularly brilliant creation of real-world art dealer Bonfiglioli, and appeared in a trilogy of comic British crime novels in the 1970s. They have become cult favorites, claiming fans from Julian Barnes to Stephen Fry, who assures us, "You couldn't snuggle under the duvet with anything more disreputable and delightful."