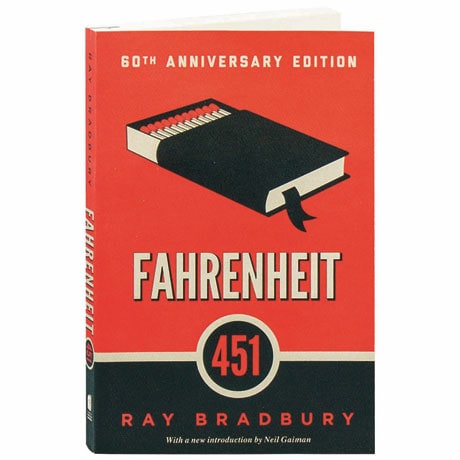 First published in 1953, Ray Bradbury's National Book Award-winning novel is a dystopian vision of a world where television and hedonism have replaced critical thought, and firemen start fires, finding and burning books, now that society finds them too troubling. Fireman Guy Montag, however, becomes increasingly disturbed by his work, wondering why people risk their lives to keep their books. And after his freethinking neighbor challenges him to question his assumptions, Montag saves a book and begins to read, forcing him to question everything he has been told to believe. This 60th-Anniversary Edition includes an introduction by Neil Gaiman and essays on the book by Margaret Atwood, Harold Bloom, Kingsley Amis, and Nelson Algren, plus Bradbury's own account of the genesis of this classic.