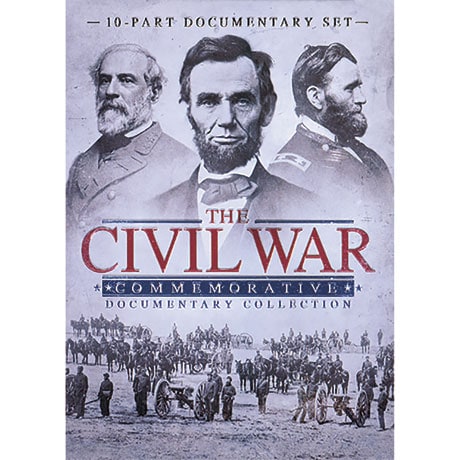 In the spring of 1861, decades of simmering tensions between North and South exploded into the American Civil War; for four of the bloodiest years in the history of the Republic, the war raged over issues including states' rights versus federal authority, westward expansion and slavery. This three-disc set includes an overview of the nation's defining conflict, as well as a twopart profile of Abraham Lincoln, the era's pre-eminent figure. Here too is a look at his Army of the Potomac and Robert E. Lee's Army of Northern Virginia, while two of the war's most brutal struggles are examined in "The Battles for Atlanta" and "Shadow in the Valley: The Battle of Chickamauga." 3 DVDs (7 hrs 40 mins/2012)