The Many Faces Of Sherlock Holmes 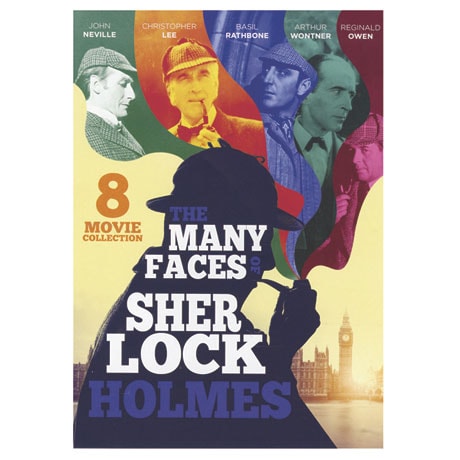 The Many Faces Of Sherlock Holmes

Many films have shaped our perception of Sherlock Holmes over the past century, and this set collects seven of the most representative examples, as well as five episodes from the 1954 weekly TV series starring Ronald Howard. Basil Rathbone is here of course, portraying the sleuth from Baker Street in the 1940s films Terror by Night and Dressed to Kill, while half a century later, Christopher Lee dons the cape and deerstalker in the feature-length TV movies Sherlock Holmes and the Leading Lady and Incident at Victoria Falls. Here too are Reginald Owen (A Study in Scarlet), John Neville (A Study in Terror, and Arthur Wontner (The Sign of Four and Murder at the Baskervilles). 3 DVDs (15 hrs 39 minutes/2017)