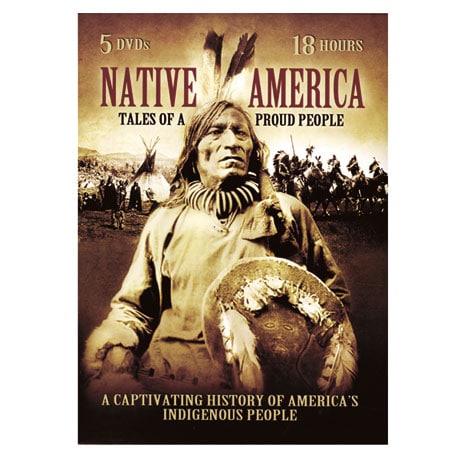 Victimized by military assaults, westward expansion, and unjust legislation, Native Americans found themselves dispossessed of their lands within the span of a single lifetime. Capturing the drama and the aftermath of this struggle, this five-disc set includes The Great American Indian Wars, an account of the 350-year conflict between settlers and Native Americans; Trail of Tears, a four-part survey of the forced relocations that uprooted thousands of natives; and Native America: Voices from the Land, an examination of these intriguing cultures, past and present, and the people's attempts to halt assimilation and retain their ancient traditions. 5 DVDs (18 hrs 1 min/2013)