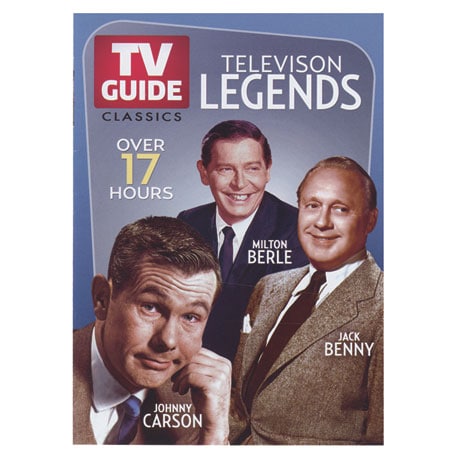 Here's a chance to revisit the Golden Age of Comedy with 17 hours of footage showcasing three of the all-time greats. Before he took the helm of the Tonight Show, Johnny Carson honed his affable manner and dry delivery on the prime-time The Johnny Carson Show, featuring such skits as "Carson's Cellar," "Dillinger the Mental Wizard," and an Ed Sullivan impression. In highlights from his 15-year run on his own variety show, Jack Benny is joined by guests Liberace, Marilyn Monroe, Humphrey Bogart, and Bing Crosby, and he even jams with Kirk Douglas and Fred MacMurray. Another funnyman with friends in high places, television comedy pioneer Milton Berle is joined by Frank Sinatra, Ronald Reagan, and Zsa Zsa Gabor. 3 DVDs (17 hrs 2 mins/2015)