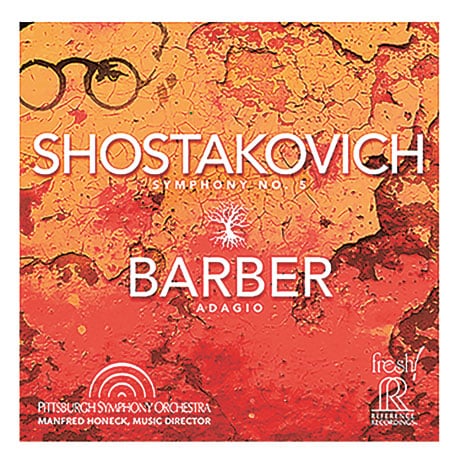 Composed under intense government pressure, Dmitri Shostakovich's 1937 Symphony no. 5 pleased his Soviet critics, even as it deeply moved audiences who recognized it as a critique of the Stalinist regime. Captured in excellent, Hybrid SACD sound, it is paired here with one of the 20th century's most beloved classical works, Samuel Barber's lush Adagio for Strings, in a vivacious, Grammy-winning live recording by Manfred Honeck and the Pittsburgh Symphony Orchestra.

"Honeck's cinematic approach is touchingly effective [in Symphony no. 5's largo], with the opening section unfolding in long, flowing phrases, like a slow-sweeping panoramic shot. The finale packs a powerful sonic punch, thanks to impassioned playing by the Pittsburgh Symphony and stellar, rumble-the-floorboards engineering."—Gramophone (UK)